10 of the Best Small Watch Brands

While there is no consensus in the watch world on who coined the term “microbrand” or even on when it emerged, most experts agree that the label can be dispiriting.

“There’s a stigma left over from a day when watches at a lower price point were of lower quality,” said Zach Weiss, co-founder and executive editor of Worn & Wound, the online watch publication often credited with helping to give birth to the microbrand category.

“If somebody uses the term ‘microbrand’ dismissively today, it’s more that they’re being a snob,” he said by phone. “There’s so much energy and ingenuity coming out of this scene.”

So here are 10 small brands that are well-regarded in the watch community. Some may no longer qualify as microbrands, owing to the growth of their production, their expansion into high-end timepieces or the artisanal techniques they use to set their watches apart in an increasingly crowded field. But all 10 are led by passionate owners who got their beginnings in the micro space and who say they remain committed to direct-to-consumer sales.

Since introducing its first watch in 2018, this Glasgow-based brand, whose watches start at around 1,950 euros or $2,250, has become sought after for its vitreous enamel dials, often in eye-popping colors such as plum and teal. (“Some of the best high-quality enamel in the price category,” Teddy Baldassarre, a watch reviewer, said in a recent YouTube video.)

The brand’s founder, Lewis Heath, is a former architect and product designer who named the company after Loch an Ordain, a lake in the Scottish Highlands where his family vacationed.

In February, he told the Scottish Watches podcast that he decided to go into enameling after visiting a local mint, where he saw a coin featuring a poppy rendered in enamel.

“I thought if we could incorporate that with design I enjoy, then we might be on to something,” Mr. Heath said.

In 2009, Bradley Price, a New York City-based product designer, decided to combine the skills he had gained working on consumer products such as electronics with his passion for vintage cars.

“I realized it would be cool to have instrument-inspired watches that were significantly less expensive than what the established Swiss brands were making,” Mr. Price, now based in Dobbs Ferry, N.Y., said by phone. “So I started developing my own designs.”

In 2011, Mr. Price introduced his Autodromo brand with a $425 watch featuring a Swiss-made quartz movement. “Then I started moving in the mechanical direction and educating myself more about the culture around watches, as opposed to just purely design,” he said.

Among the first companies to make use of Seiko’s Meca-Quartz VK series of movements, which marry battery-powered quartz technology with a mechanical chronograph module, Autodromo has a reputation for making reliable, design-forward watches. This year, the brand said it planned to introduce a $595 watch that pays homage to its first Meca-Quartz model.

“The question I always ask myself is ‘What’s next?’” Mr. Price said. “I can’t predict those things five years in advance. We have solid sales, a solid audience. I’m not trying to grow into an empire.”

This Paris-based brand’s rise to prominence epitomizes the success that many microbrands seek. Founded in 2017 by Etienne Malec as a tribute to his father, a passionate collector, Baltic began with a Kickstarter campaign that focused on its “neo-vintage watches assembled in France.”

The brand made an early impression on Mr. Weiss by equipping its Bicompax 001 model with a Chinese-made Seagull ST19 caliber, “a very cool movement based on an old Venus hand-wound chronograph — the only way to get a very affordable chronograph mechanical movement,” Mr. Weiss said.

With designs inspired by mechanical watchmaking’s midcentury heyday priced well under $1,000, Baltic steadily grew its reputation, and clout, in the watch world. “Last year they had an Only Watch that sold for around $50,000,” Mr. Weiss said, referring to the Only Watch biennial charity auction that sells unique timepieces to benefit the fight against Duchenne muscular dystrophy.

“They got a lot of buzz early on and have kept up their momentum,” Mr. Weiss said. “Now they launch watches and they sell out immediately.”

Jonathan Ferrer, a New York-based industrial designer, founded Brew Watch Co. in 2015 in homage to barista culture. “The idea was to enjoy your time over coffee,” he said by phone, recalling the many hours he spent daydreaming about starting his own brand while working out of cafes.

Mr. Ferrer designed his first watch, a $275 cushion-shaped chronograph featuring a movement supplied by the Swiss manufacturer Ronda and “a lot of components made in Hong Kong,” and promoted it on Kickstarter. He credits the early advice of a fellow watch designer in helping him differentiate his brand.

“He told me, ‘We’re making these round white watches with zero identity, so if you want to come out of the gate strong, have a signature look,’” Mr. Ferrer recalled. “I stayed with this TV-square shape; the whole idea was to have a recognizable silhouette.”

“I still take every watch under the loupe and make sure everything is lined up perfectly,” he said.

By the ambiguous standards that define a microbrand, this Britain-based watchmaker, founded in 2005 by three friends — Mike France, Peter Ellis and Chris Ward — “from a converted chicken shed on a farm in Berkshire,” according to the brand’s website, may not qualify, given both the size and quality of its production.

“They’re a capital B brand at this point,” Mr. Weiss said. “But they’re a pioneer in the space. They’re stubbornly about their direct-to-consumer model, which has perhaps limited their exposure in a lot of ways, but they’re offering genuine value. They have become experts in making sapphire dials.”

Watches boasting playful color combinations and Swiss mechanical movements — such as a sea green dial paired with a brown leather strap on a dual-time automatic timepiece — are a hallmark of this fast-growing British microbrand, founded in 2015 by Ben Lewin, Jono Holt, Paul Sweetenham and Stuart Finlayson.

When Ming Thien, a Malaysian photographer and designer, assembled five fellow watch enthusiasts into a horological collective in 2017, their guiding principle was to make watches designed in Kuala Lumpur and manufactured in Switzerland for prices that “remain accessible to a wider audience,” according to the brand’s About section on its website.

In the five years since, Ming has produced watches that range from around 1,950 Swiss francs (about $2,030) to more than 50,000 francs. What unites them is their unavailability: All 18 watches featured late last month on the “Special Projects Cave” section of Ming’s website were sold out.

“Monta broke the mold,” said Rich Park, the Los Angeles-based founder of the MicroLux watch fairs, referring to the microbrand from St. Louis.

A number of collectors and watch world commentators are equally fond of Monta for its take on what they call “value luxury.”

“You’re basically getting specs very similar to a luxury watch but at half the price,” said Dr. Nathaniel DeNicola, an obstetrician based in Southern California who collects microbrands. “Once you get above $1,500, you’re approaching this range. But when you look at Monta’s rhodium-plated hands, the overall finish and quality, it feels like a watch that’s twice that.”

On his Chicago-based brand’s About page, the founder Chase Fancher sums up what it means to be the owner of a microbrand: “Founder, capital put-er-upper, risk taker and the guy who makes the coffee and pours the bourbon in the shop.”

The seven-year-old brand, whose mascot, Oscar, is Mr. Fancher’s mischievous water dog, auctioned a one-of-a-kind Olmsted watch on a blue and yellow canvas strap on its website in early March, to raise money to support humanitarian efforts in Ukraine. At the eleventh hour, a final and anonymous bidder paid $12,500 for the piece.

In 2017, Jonny Garrett, a London-based banker, began spending nights and weekends at a WeWork space next to St. Paul’s Cathedral, building a watch brand named for his late grandfather who had been a firefighter.

“Our mandate is to make sure that over the next five years we become the official watch of fire departments around the world,” Mr. Garrett said by phone.

“A brand like Breitling could do that but the authenticity and the story ingrained in our heritage is what sets us apart.” 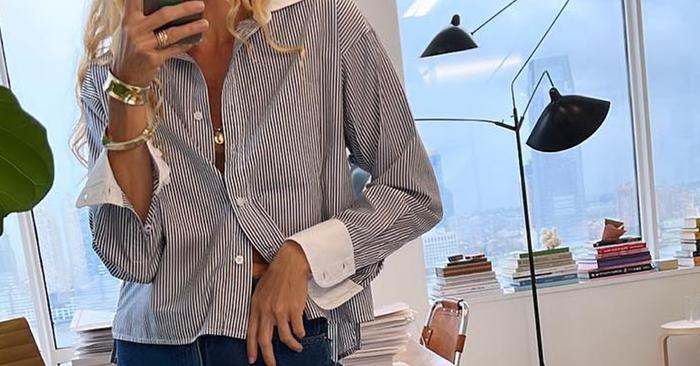 The Best Items to Buy From the 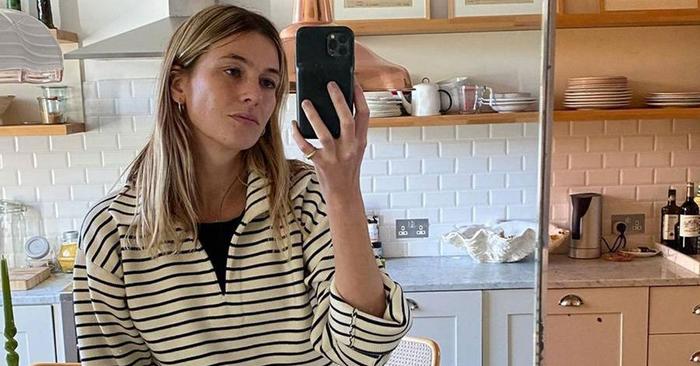 A TikTok Shows Everyone in France Wearing